Three Reasons Why Your Failed Launch is Like a Breakup

Launches have been romanticized and we’ve been told that they are this amazing thing by big name experts like Amy Porterfield and Marie Forleo who have frequent, successful launches and make it look easy. But our relationship (launch) isn’t in the same stage as theirs. They probably had failed launches early on in their businesses, but now they have now entered into a more mature relationship. They have found an offer that works for them and their audience, and they’re able to repeat it. They are like the married couples that have been together for a decade or more and really know how to communicate. They know that not every launch is going to hit, but they’re able to make adjustments and keep going.

The rest of us, however, who are newer to launching, are more like the high school kids stumbling about trying to figure out relationships, so it can take us time. We may need to go through a few of them before we find one that works. Your launch might be like a young love relationship where you fall in love quickly but it burns out really fast. And that’s okay.

In relationships and dating it’s all about learning and growing, and figuring out what you want, what works well for you, and who you’re compatible with. Launches can be the same way. We’re figuring out our offers. We’re figuring out our audience. We’re testing things to see what works. Sometimes it works out and that high school sweetheart is the love of your life and then you’re married 40-something years, like my parents. Or maybe you’re like me and that high school sweetheart was a lovely time in your life, but you don’t want to go back to it. And there’s nothing wrong with that. There is no specifically right or necessarily wrong way to do launches (or relationships). We need to look at them as constantly changing, evolving, and growing things and appreciate them for that. It can be great or it can fail, but they are always learning opportunities.

Just like in a breakup, after a failed launch you shouldn’t make any immediate decisions. When you’re coming off the heels of a breakup, or you have a launch that fails (or anything else in your business that didn’t go as planned), put down the scissors—or in my case the nose ring.

We all know the girl that broke up with her boyfriend and immediately went out and got bangs. (Or she pulled a Miranda Lambert and grabbed the rusty kitchen scissors and cut her bangs herself!) And while I love a good bang, it is not a good idea for everybody.

When my launch failed I immediately wanted to go get a nose ring. But instead of running out to my favorite piercing place, I got myself a little fake one from Amazon that I’m going to wear for a week or two and then decide, because I didn’t want to run out and make a post-breakup/post-failed-launch decision that I’ll later regret.

It can be tempting to say, “That launch failed. Now I’m a failure. Everything sucks. Nobody trusts me. Nobody will believe me.”

It was especially tempting for somebody like me, who works in funnels and launches, to think, “Oh, my launch failed. Everybody’s going to think I’m a failure. Nobody’s gonna hire me again.”  But it’s not true. I’ve just signed three clients this week!

My launch failed for some very specific reasons that I’m going to talk about soon. But because I took some time to really analyze what did and didn’t work I can make better decisions going forward, rather than just taking a rash action that makes me feel better in the moment. I’m also able to help other people do that, too.

3. You get by with the help of your friends

When we have a breakup, we hopefully have a friend that comes and brings us some Ben and Jerrys and a bottle of wine (if that is healthy for us to do). Our friend is there with us and sits with us and helps us process and think. When we have a failed launch we need the same thing. I encourage you to reach out to your online friends, if you are an online business owner, or your real life friends, whatever that looks like for you. We all need someone to come alongside us and say, “Hey. You’re still amazing. A failed launch is not a representation of who you are. It’s something that didn’t work.”

Sometimes what you also need is an expert to come in and help you process through things. After a bad breakup sometimes we need the help of an expert (such as a therapist) to help us understand what happened and what our role was in it. After a launch, failed or successful, you might need a business expert to come in and help you process through what happened, too, because, as a lot of branding experts say, “you aren’t able to see what’s on the label from inside the bottle.” When you are inside a launch it’s hard for you to be objective about what went wrong and right. That’s why, as part of the way I work with clients, I include debriefs in all of my projects and I’m now going to be offering those as a standalone offer, too.

BONUS: Get help from someone who’s been there, too.

I love to come alongside my clients after a launch, whether it was super successful or a giant failure (I’ve had both!) and help them look through what happened—what went wrong and what went right.

When I work with people on these debriefs we look at the numbers: What were your open rates, your click through rates, your conversion rates? Who showed up to your workshop? Who clicked through the checkout page? We want to use the statistics and data to actually see what is happening numbers wise.

But we don’t just look at the failures—we also look at the wins! Even if your launch fails, even if you lost money, like I did, there are also wins. I definitely had some wins in my launch. I had over 200 people register for the free workshop I offered. That’s a big deal because it showed that even if my launch failed, I’m still connecting with my audience in some way, even if the offer didn’t actually make the connection. That’s still a win

Sometimes things go wrong that we have no control over: Sometimes that is a tech issue. Sometimes it’s timing. If you were launching the week that Russia invaded Ukraine, you had literally no control over that and it affected a lot of people’s launches. Even if your launch is going successfully, there’s just a lot of uncertainty when stuff like that happens, the people are less quick to pull out that pocketbook.

Once we know the numbers, the wins, the mistakes and the flukes we can start talking about what’s next. What do we need to do now? Do we keep the same offer but we have to adjust and find a new audience? Do we need to come at this in a different way? Is this an offer that’s just not going to work for your business?

When you hire me as a launch expert to come in and help you debrief your launch or funnel, we’ll do just that. Then we’ll figure out how to launch it again, successfully. I’ll help you actually map that out and come up with a timeline that will work for you.

It’s absolutely possible for a great relationship to start up after a bad breakup, as long as you follow the right steps to make it happen in a healthy way. And I know that an amazing launch can follow a failed one, too. Click here to book a call to see what we can do together!

About the Author Jenn Robbins

Jenn Robbins is the Funnel Stylist. She saves online entrepreneurs from one-size-fits all funnels with her Flexible Funnel Framework. With more than a decade of experience, Jenn offers funnel strategy and copywriting services to 1:1 clients, as well as training and support through workshops and programs! Because a good funnel is like the perfect little black dress: versatile, classic, and best when tailored to fit YOU. 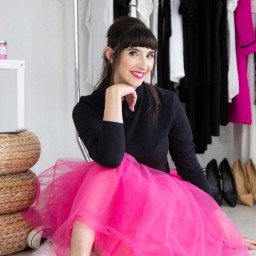